Last night I explained the meaning of the term “comfort food” to my host family. The topic arose because we were having a hearty meal that is traditional in the northern mountains of Italy; literally, food for Italian lumberjacks. It reminded me of mashed potatoes and mac and cheese, together nonetheless, creating the ultimate comfort food, especially on a rainy cold night (yes, the perfect weather spell has ended, but not to fear, tomorrow should be good again).

The dish is made with a type of buckwheat pasta that comes from the north of Italy, so I am not sure if it can be found outside of this country. This is it: 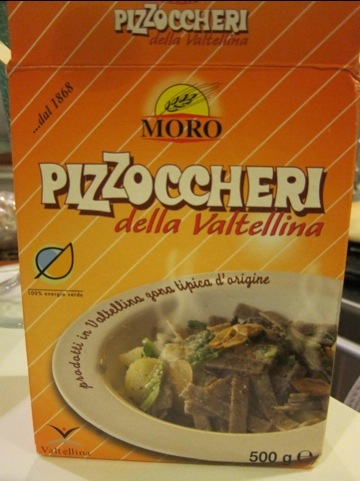 Regardless, you can probably just substitute any buckwheat or whole grain, short pasta, although the more grainy (i.e. something even more textured than whole wheat) the better. You can also make homemade Pizzoccheri pasta by using a regular recipe for pasta dough, replacing one third of the wheat flour with buckwheat flour, and using the noodle machine to turn the dough into fresh Pizzoccheri noodles. This was suggested by a friend who cooks this dish, so it definitely works.

To make this dish, first boil the desired amount of chopped cabbage and cubed potatoes in water for five minutes. Then, add the pasta and boil together until the pasta is cooked. Because the pasta is grainy, it will take bit longer to cook than plain pasta. When complete, drain the pot and place the ingredients into a heated pan. Add a small amount of butter and stir. Add grated parmesan and cubes of your choice of soft cheese (but the kind that still has some flavor). Heat in the pan until the cheese has mostly melted, then serve. After your meal, you can go outside and chop some lumber for your fireplace. 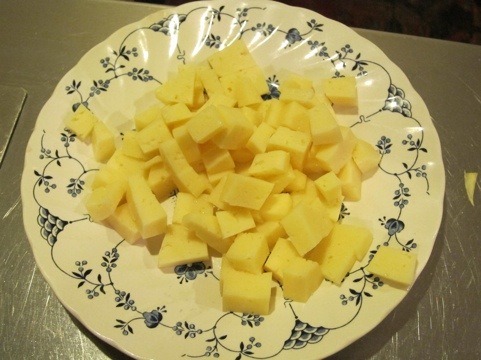 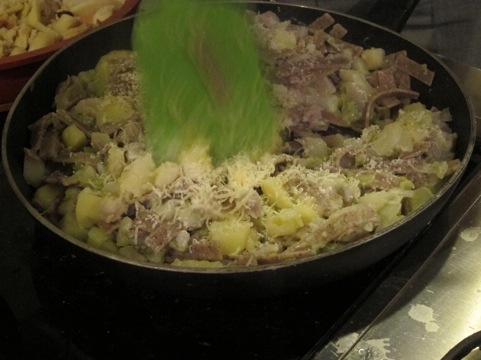 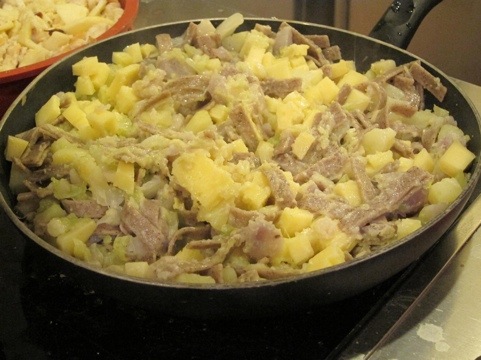 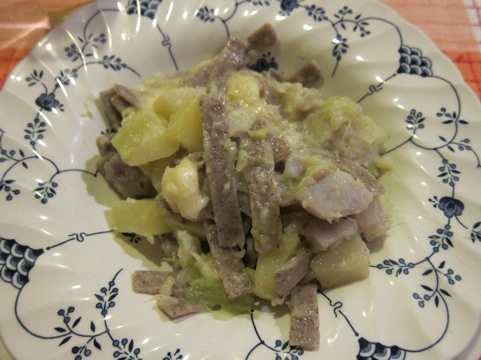 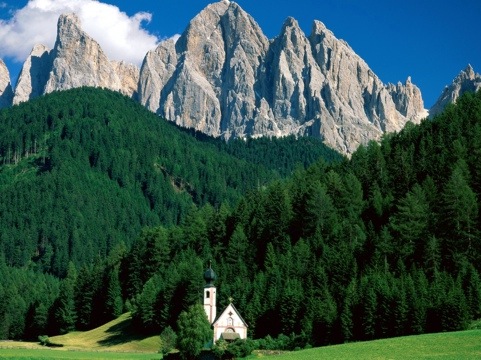 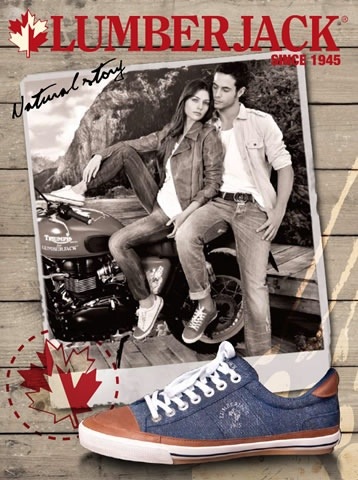 The Italians can make even lumberjacks look cool.

It was just drawn to my attention by mutual running friend that, surprisingly, at the end of 2008, Mark Bittman provided a recipe for this uncommon dish in his “Minimalist” column for the NYTimes. He must have visited the region near Valtellina, because, according to my host, one is unlikely to find this dish elsewhere. Mark’s recipe refers to a lot of butter in the original version, as well as some garlic, both of which my host family cuts down or out. Also, as far as I know, the traditional way is to cook the dish in a pan in layers, not the oven, but my host family skips the layers too. For a different twist (and a more appealing visual), you can find Mark’s recipe here. I am sure it is very good.

**The last two photos were pulled from the world wide web, Doron style, I make no claim to ownership of them, and this post is not intended to be an advertisement of any sort. Hope that covers me; probably not.