Most beautiful animal: Without a doubt, the leopard 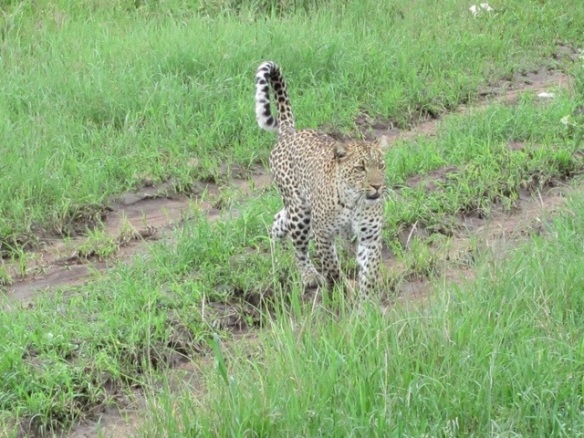 (I missed half of it because it was literally that close)

2. Mating lions. Seeing this is fairly rare. They do it every five to fifteen minutes for a week.

1. The harrowing journey as the only vehicle driving to our lodge in the middle of the Serengeti after hours (due to a massive weather delay) in pitch blackness, torrential downpours, lightening storms, and flash floods. And then we got stuck with no ability to call for help. Oh right, and when our guide spent an hour and a half jacking up the vehicle to put rocks underneath it in an attempt to get us out of the rut (actually, the wheels were suspended above the ground as the bottom part of the car was resting on dirt road that was serverely mashed up because of torrential rains), he finally had to jump in the car because we were being stalked by a lion. At that stage he hit reverse as hard as possible and luckily had enough rocks underneath us to get us out. He hoped when he decided it was necessary to go find his lever and jack (I would have left them) that the reversal of the car had scared away the cat. He made it back in one piece. He said he’d seen the lion for a while and wasn’t that worried until it started moving closer.

2. On the way back from the Ngorongoro Crater, when we were stopped at the check point, a baboon jumped through the driver side open window (usually we closed all windows at every similar stop as baboons are trouble makers) in one second flat, literally took a banana from my father’s lap (who was seated in the passenger seat) and stared him in the eyes. When my sister started shrieking like you’ve never heard and grabbed and pulled me into the back seat, squeezing me like I was a tube of toothpaste (I think my internal organs are still recovering), our guide ran over, opened the door, and kicked the baboon in the behind with all his strength. Rather than jump out the window, the baboon jumped onto my mother’s lap. When she was finally able to open the door and jump out, the baboon followed, only after relieving himself on her seat. Keep in mind, baboons are big, not nice, and can bite dangerously. To make matters worse, five minutes later, as we were still recovering from the incident, my father stood outside the four wheel drive with the passenger door open, and another baboon, with its baby, tried to get in again. Our screaming scared them back enough to close the door in time to shut them out. In his 27 years as a guide in Tanzania, our guide had never had a baboon in his car. And he’s seen a LOT of crazy stuff.

Favorite Park: Serengeti (meaning “endless plain”). This is the East Africa of my dreams. 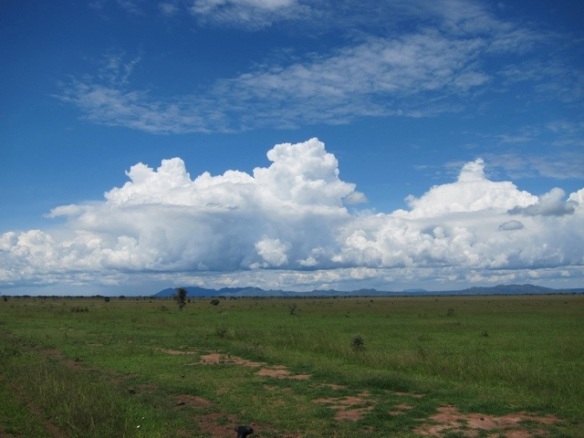 Park with Most Lion Sightings in One Day: Ngorongoro Crater 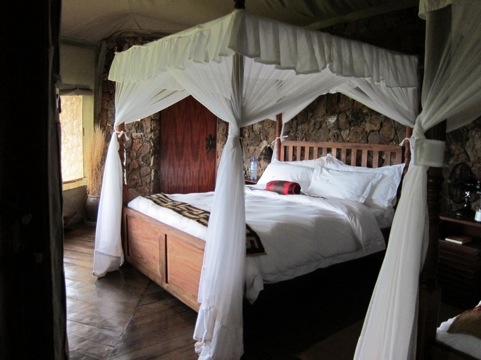 The accommodation here was nice (not to beat Mbalageti) but what really made it stand out was its food culture. The lodge is situated on a beautiful organic farm and uses only its own produce in its restaurant. They have figured out how to use nature as an alternative to pesticides. For example, special flowers, mainly sunflowers, are planted to lure birds away from the crops and unused food is used to keep insects happy so they don’t destroy the growing fruit and vegetables. It also has the best coffee, because it grows and roasts its own beans. The owner is a local — half Masai, half German (Tanzania was originally a German colony) — which is also cool because foreigners seem to own most of the accommodation here. He started off as a guide and now owns 14 tourist accommodation properties in Tanzania and seems very popular amongst locals.

2. So far Mount Kilimanjaro is showing its shy side. Last chance to see it is tomorrow morning before heading back to the airport in Nairobi.

3. The fact that I have not finished Shantaram by the time I upload this blog post.

Tomorrow, off to India, and back on food (plus other things I’m sure).

I have a substantive post in the works that will document our harrowing journey through lightening storms and flash floods in the Serengeti last night, the climax of which resulted in our four wheel drive being stuck in the mud for one and a half hours in the middle of the park in pitch blackness and rain, with no ability to call for rescue and a lion stalking our vehicle. No, I am not kidding. In the meantime, as you can see, these cats are pretty cool when they are sleeping, rather than considering eating you. 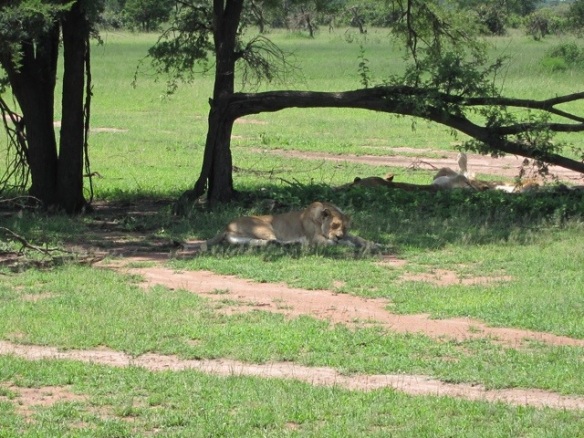 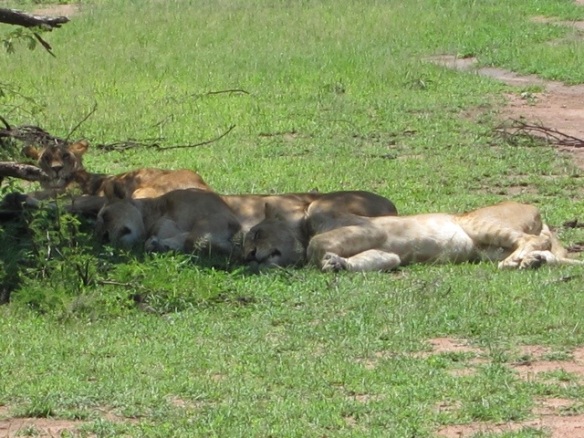 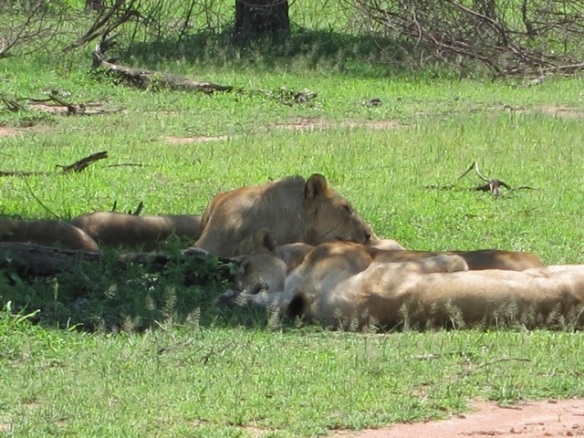 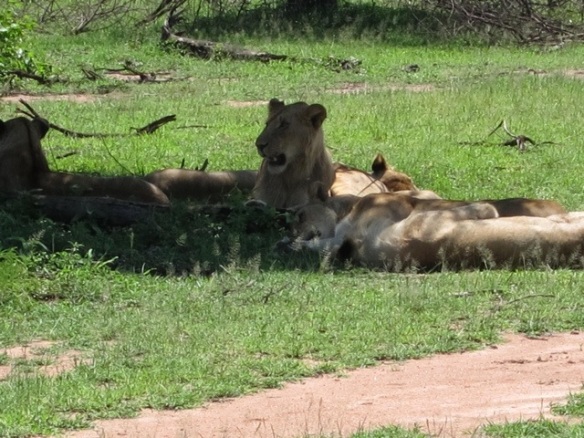